The Nuon Solar Team launched a contest to design an infographic-draft for the upcoming World Solar Challenge this autumn in Australia. And guess what? We won!!

The aim of the Nuon Solar Team is winning the World Solar Challenge 2013 to show the world the possibilities of high-end technology and sustainable energy. The team consists of 16 students from different engineering studies at Delft University of Technology. They build a solar car every two years, called Nuna. With this car they race 3000km through the hot desert of Australia. The Nuon Solar Team has won the race for 4 times (!) and obtained a second place twice. 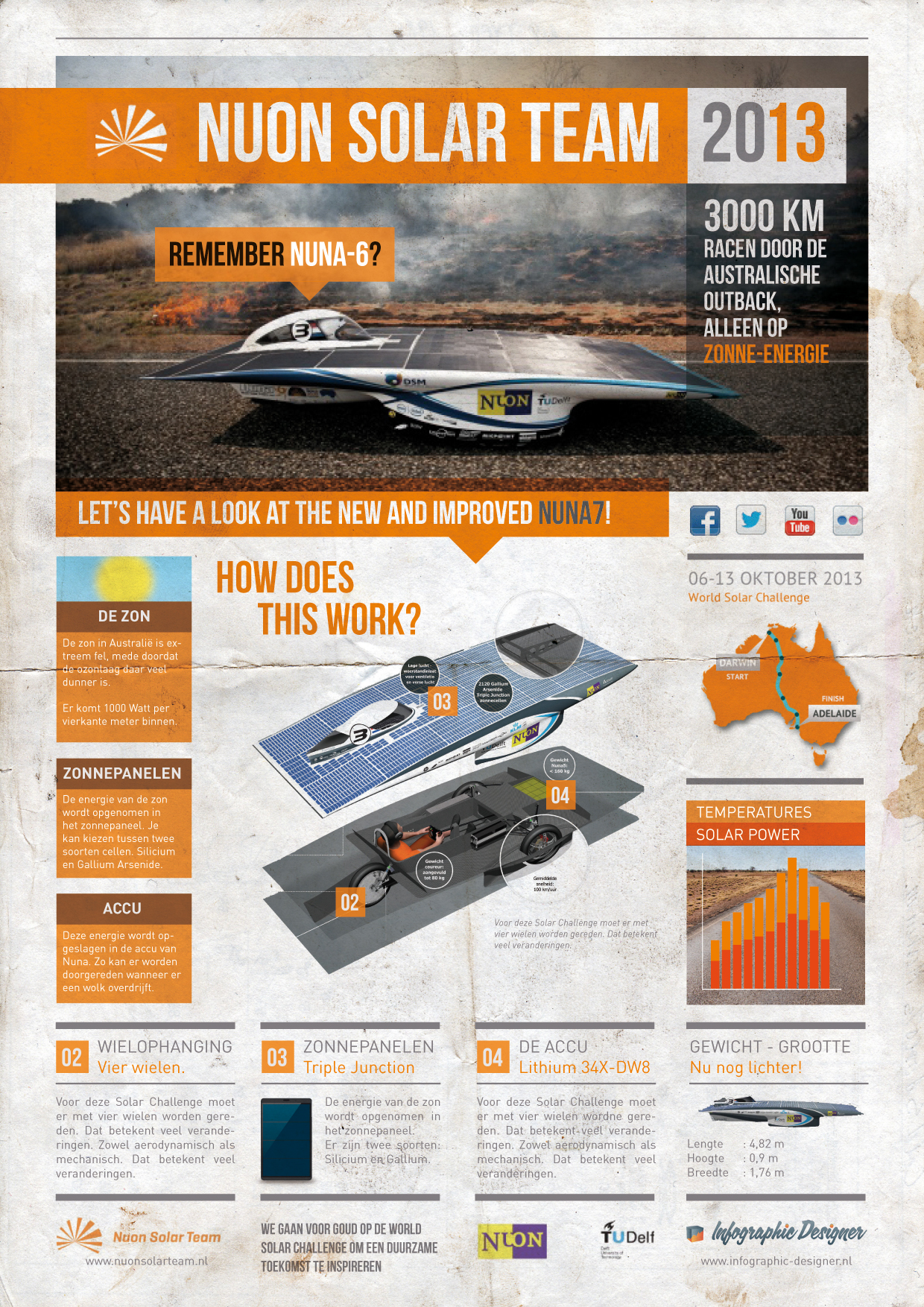 Now it’s time to finalize it. Remember, this was just a draft. Within a couple of weeks I hope to show you the final Infographic.